APPM is one of the winners of RSPP competition “Russian Business Leaders: Dynamics, Responsibility and Stability – 2020” 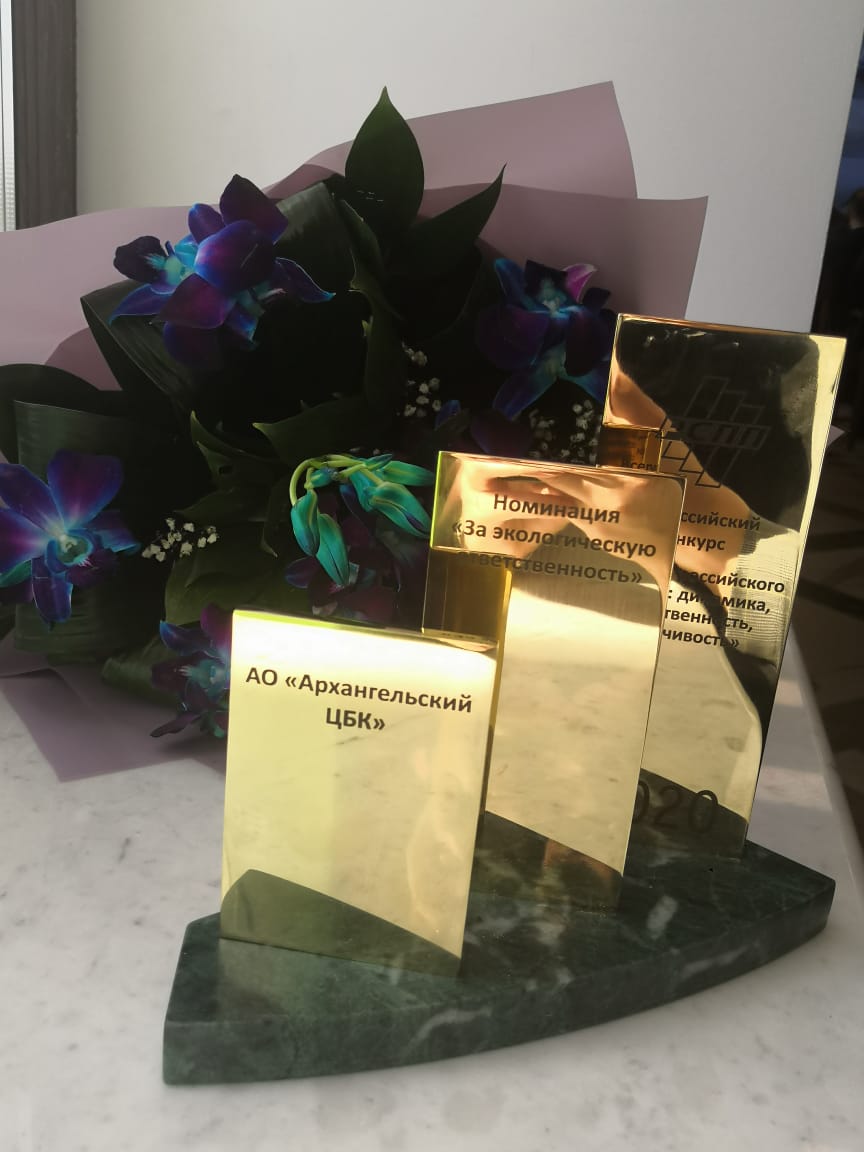 The Arkhangelsk PPM JSC became a winner of all-Russian competition of RSPP “Russian Business Leaders: Dynamics, Responsibility and Stability – 2020” in the nomination “For Environment Liability”. The award ceremony was held on May 25, 2021 in Moscow.

The winner in the nomination “For Environment Liability” is a company, which received the largest amount of points according the following criteria: reduction of negative impact on the environment by key indicators (pollutants) as a percentage against the previous period, presence of certified (registered) systems of environmental management, etc.

The targets of RSPP competition is an assistance for company’s sustainable development, which meets the long-term economic interests of the Russian Federation, as well as identification of dynamically developing companies based on the economic, social and environmental indicators of their activities at the year-end.

As previously reported, the Arkhangelsk PPM JSC invested 1.1 billion rubles in environmental protection measures based on the principles of the best available technologies (BAT) in 2020. Totally, over 10 years (2011 - 2020), the mill spent about 15 billion rubles on environmental solutions and the introduction of BAT.

In 2020, the company continued to participate in the international project on disclosure of data on greenhouse gas emissions - The Carbon Disclosure Project (CDP). Based on the results of the 2019 reporting process, APPM received the highest 'A-' rating among the Russian companies. At the same time, the mill was included in the TOP-18 CDP of the world's leading pulp and paper companies, which received an “A-”climate rating.

In 2020, the verification of the Arkhangelsk PPM JSC GHG Emissions Report for 2019 was successfully carried out according to the International Standard On Assurance Engagements 3410 (ISAE). The main factors that led to a reduction of direct and energy indirect GHG emissions of the Arkhangelsk PPM JSC in 2019 in comparison with the reference year of 1990 are: an increase biomass part in the fuel balance from 28.1% to 43.5%; a decrease in the energy intensity of production (for heat - by 30.5%, for electricity - by 15.3%); a reduction of electricity consumption from third-party sources by 86.4%.

The Arkhangelsk PPM JSC completed the implementation of the priority investment project "Rebuild of the Board Production Mill" worth 18.8 billion rubles. Within the framework of the project, the important environmental protection activities have been performed. Due to the installation of turbo blowers during the rebuild of board machines (BM - 1, BM - 2), reduction of water consumption was occurred, and, as a consequence, reduction the volume of intake of water resources from the water body, as well as the discharge of waste water into the water body. In 2020, the total water consumption of the Arkhangelsk PPM JSC decreased by 8.0% in relation to 2019, including the intake of water resources from the water body - by 5.7%, wastewater discharge into the water body by dispersive output decreased by 5.4%.

The construction of a new Semi-Chemical Pulp Cooking Plant with the decommissioning of the previously operating plant. The implementation of the project made it possible to reduce: gross discharges of pollutants to treatment facilities and, further, to a water body; specific emissions into atmospheric air. Last year, the total gross emission of pollutants into the atmosphere decreased by 7% in relation to the data of 2019.

The new Evaporation Station has equipment for collecting and deactivation of sulfur-containing emissions for foul condensates treatment. The new ES includes a cooling tower with a pumping station for supplying warm water to production and cooled water to the ES. The implementation of the project made it possible to significantly reduce water consumption, as well as significantly reduce emissions of methylmercaptan and hydrogen sulfide: in relation to 2016 - by 49% and 80%, respectively.