At the end of 2020, the Ulyanovsk branch of Arkhbum will start commissioning of the corrugator 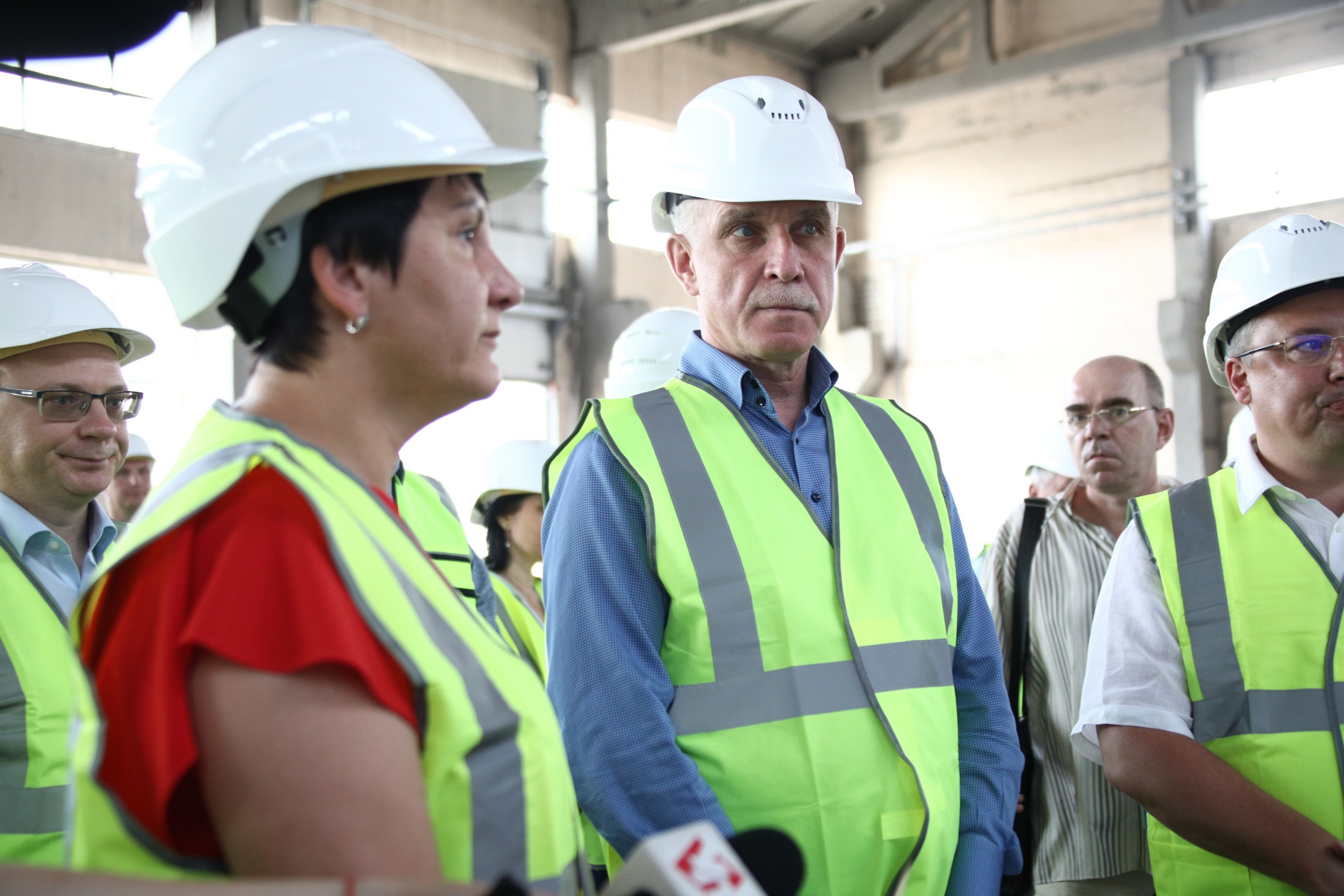 On 15 July, 2020, the Governor of the Ulyanovsk region Sergey Morozov and the general director of the Ulyanovsk Region Development Corporation JSC Sergey Vasin were at the production site of Arkhbum JSC during the working visit. On the tour of the facility, they were accompanied by the general director of the company Irina Galakhova and her deputy for construction Aleksey Vtory.

According to the top team of Arkhbum, in March 2021, a new production facility will become fully operational in the region. "For the company, this will be the fourth new plant, all the technologies have already been worked out, both in terms of engineering and construction. Therefore, at the moment we are preparing the facility for implementation at a rapid pace," Aleksey Vtory informed the distinguished guests.

The general director of Arkhbum JSC Irina Galakhova emphasized that the Ulyanovsk region was chosen for the localization of production based on several criteria at once. One of the main criteria is the geographic growth of sales with access to the Ural Federal District. "The radius of the products supply is approximately 700 km from the place of production. In the Ulyanovsk region and neighboring regions, there are a number of enterprises with which we work. Among them, there are manufacturers of food products and household appliances. We provide the supplies for them from our plants in the Moscow region. In the future, we plan to supply from the Ulyanovsk production, we will optimize the logistics and thus increase the competitiveness of our products," the head of the company assured.

Irina Galakhova also said that at the end of this year, Arkhbum plans to start commissioning of the corrugator and in the first quarter of 2021, two converting lines will be launched, which will produce the so-called American boxes and complex die-cut products – trays.

The company's management paid special attention to the environmental friendliness of the new production. Deputy technical director of Arkhbum JSC Sergey Yadykin specified the technologic nuances of the project concerning, among other things, waste disposal.

"By 2023, when the enterprise reaches its full production capacity, from own and federal funds, the region plans to invest about 500 million rubles in the development of the transport infrastructure of the microdistrict, construction of junction, improvement, major repairs of housing," said the head of the Ulyanovsk Region Development Corporation Sergey Vasin.

The main business area is corrugated board packaging.